According to recent estimations, IT systems consume about 15% of the global electrical power. Due to the continuing exponential growth of computing systems, there is a strong economic and ecologic interest to increase their energy-efficiency. How this goal can be achieved is demonstrated by the computer scientist Prof. Dr. Christian Plessl and the theoretical chemist Prof. Dr. Thomas D. Kühne with their interdisciplinary research project, which is supported by the executive board of Paderborn University with an award of 150,000 Euro.

Change of paradigm in information processing

Within just a few decades, information technologies have developed to a key technology and exert a strong and continuously increasing influence on economy, science, and society. The exponential growth of IT does however not only concern the available computational capabilities but also the number of IT systems. This fast-paced development urgently demands energy-efficient computational methods. However, the pursuit of ever higher performance and efficiency exposes challenges. “If we insist on reproducible computation and storage of information, the further increase of efficiency is limited by several practical limitations. Ultimately, the efficiency is limited by a hard theoretical limit, the so-called Landauer-limit,” explains Christian Plessl, professor of computer science and director of the Paderborn Center for Parallel Computing (PC²).

These roadblocks can be addressed with the help of “Approximate Computing.”  Thomas D. Kühne, professor of theoretical chemistry, adds, “The concept of ‘Approximate Computing’ which we will be studying in this project is fundamentally changing the paradigm of computing by deliberately giving up exact reproducibility and allowing inexact computation and storage.” The benefit of this approach is that it enables extremely efficient computation. The approach should even allow for undercutting the Landauer-limit in the long run.

For turning this aggressive approach into practice, new computational methods must be developed that allow devising exact results from inexact computations. On the computer architecture side, Plessl and Kühne will use application-specific hardware devices (FPGAs) which can be customized and are substantially more energy-efficient than conventional processors (CPUs) which are very flexible but provision lots of unused chip area for operations and data. The novel fault-tolerant numerical methods will be integrated in the CP2K molecular dynamics simulation software, which has been developed with substantial contributions of Kühne’s group for many years.

„If we succeed, our project would provide an impressive demonstration of the feasibility and potential of Approximate Computing even beyond scientific computing. It is conceivable that the approach could also be successfully applied to numerous other domains, such as global optimization problems, numerics, computer graphics, quantum computing, and machine learning,” according to Kühne.

Even across scientific disciplines, the research at Paderborn University will also profit from this project according to Plessl, “The adoption of the Approximate Computing-concept would not only allow researchers from the departments of chemistry, physics, and computer science to simulate larger problems but would also reduce the electrical energy demand in the University’s high-performance computing center PC².”

Plessl and Kühne will receive the research award in a ceremony at the next New Year’s Reception of Paderborn University in January 2019. The Paderborn University research award aims at researchers with visionary ideas, daring hypotheses, creative and unconventional technologies, or innovative and bold methods to fund projects beyond the mainstream. 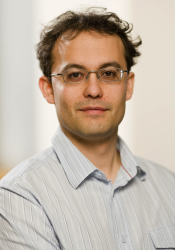