Wires just four atoms wide that change from being insulators to electrical conductors when struck by a laser pulse have been studied by researchers from Paderborn and Duisburg. The team has shown that the phase transition can occur as fast as quantum mechanics allows, something that was not previously thought possible. The technique could prove useful, e.g., for ultrafast detectors.

Phase transitions are ubiquitous in all forms of matter. Previous research has shown that phase changes may be completed within several picoseconds in bulk materials, but typically take far longer at surfaces. Now the Paderborn and Duisburg researchers demonstrated that surface phase transitions can occur in less than a picosecond. They prepared indium wires adsorbed on silicon surfaces. At room temperature, the wires are metallic, whereas at temperatures below 120 K the indium wire atoms rearrange into insulating hexagons. The researchers first cooled the system to 30 K and measured the electron diffraction pattern of the insulating surface. They then hit the surface with laser pulses and used electron pulses to see how the diffraction pattern had changed. For delay times longer than 350 femtoseconds, the diffraction pattern of the insulating state was replaced by that of the metallic wires, i.e. the indium atoms can rearrange themselves within one 350 quadrillionths of a second.

Computational modelling by theoreticians at Paderborn University shows that indium electrons are photo-excited to higher energy levels by the laser pulse. "The laser pulse populates electronic states that form previously non-existing In-In bonds. Other In-In bonds are broken by the laser pulse due to the depopulation of some electronic states," explains Wolf Gero Schmidt. This forces the atoms to move and eventually causes the phase transition. As the atoms move, the electronic properties of the wire change and it becomes metallic. Remarkably, this happens while the atoms are still cold. "The heating of the surfaces requires order of magnitude longer times than the phase change,” Schmidt explains.

The theoreticians calculated the energy of the indium wire system for various electronic excitations and numerous structural configurations. Molecular dynamics calculations were performed on the thus obtained potential energy surfaces. “The quantum mechanical modelling of several hundred excited electrons and atoms requires substantial high-performance computer resources. They were provided by the Paderborn Center for Parallel Computing PC² and the Höchstleistungsrechenzentrum Stuttgart,” Schmidt acknowledges. The time calculated numerically for the phase change closely matches the measured value. The simulations show that the laser pulse energy soon dissipates into the silicon lattice. After the insulator-metal transition, therefore, the indium wire lacks the activation energy needed to return to the its original state. It is trapped in the metastable metallic state. The system studied by the researchers from Paderborn und Duisburg is probably the fastest electronic switch ever observed. 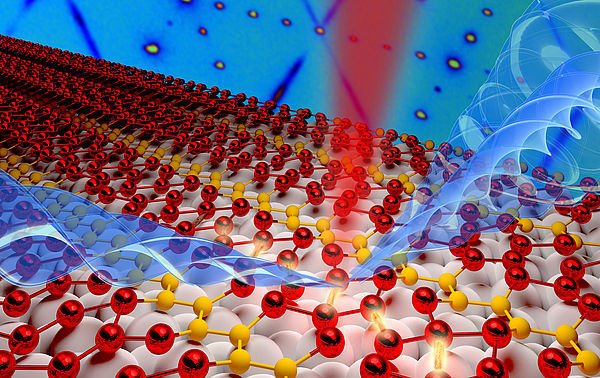 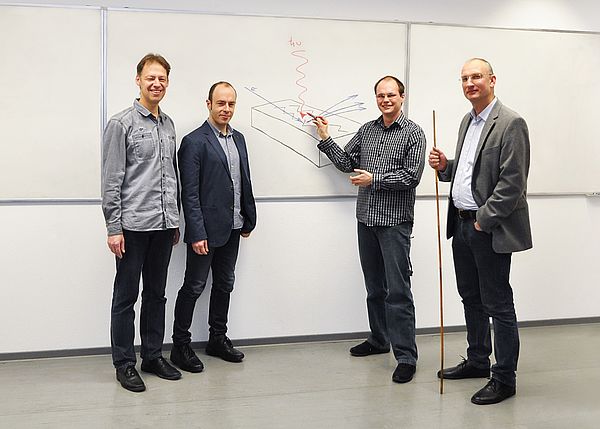